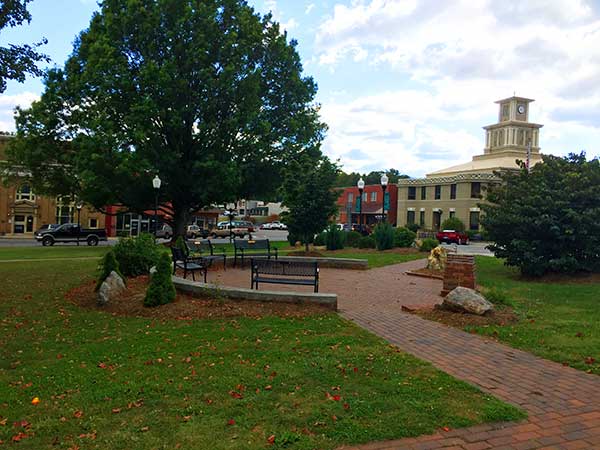 Burnsville North Carolina is located in the mountains of Western North Carolina near the highest peak east of the Mississippi River, Mount Mitchell.  This small mountain town is one of the last to have a town square. Burnsville is 35 miles North of Asheville. The downtown and main street area has lodging, restaurants, shopping, a brewery, the Toe River Arts Council, nearby attractions, performing arts, and a great heritage of local historic buildings. 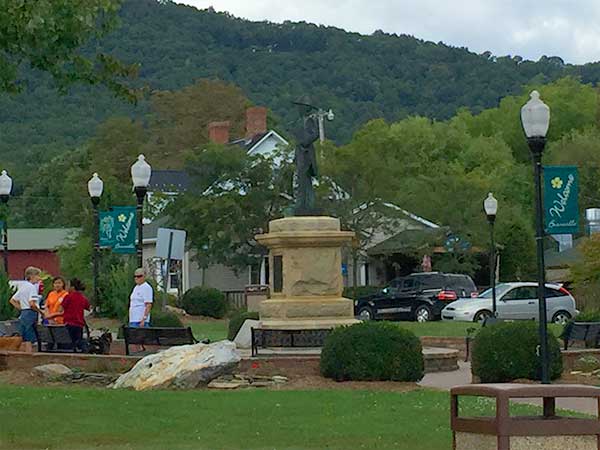 The Town of Burnsville was established in 1834 by the North Carolina General Assembly from land that was conveyed by John “Yellow Jacket” Bailey.  The Town was named for Captain Otway Burns, a naval hero of the war of 1812. Captain Burns, at the cost of his political career, cast the tie breaking vote to permit new Western Counties to be formed in North Carolina which included Yancey County.   After the formation of Yancey County John Bailey then donated the land for the Town of Burnsville with the request that the town be named in honor of Captain Otway Burns. Captain Burns is honored with a statue in the center of the Burnsville town square.