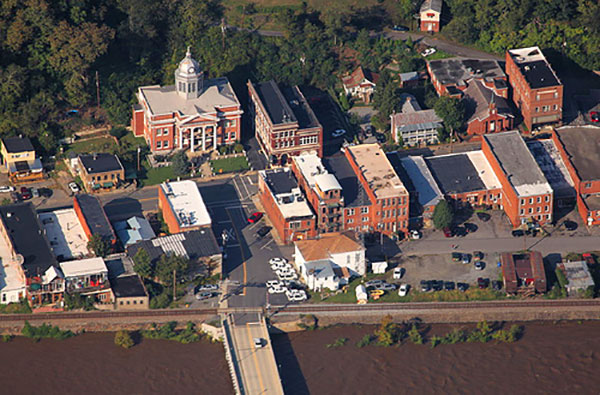 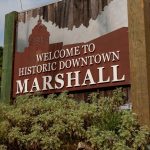 The Town of Marshall is nestled in the beautiful mountains of Western North Carolina on the east bank of the French Broad River. With the French Broad River at its feet, the steep rocky edge of a mountain at its back, a railroad passing through, and a pillared court house, Marshall is the epitome of a picturesque mountain town. Marshall is a rich crossroads of rural Appalachian History which is interwoven in its existing historical craft and music culture. Marshall is a warm inviting small town with art galleries, apartments rich with brick and wood, restaurants with fresh farmers market menus, and unique stores. Old-time stores, dancing to Blue Grass music at the Depot, folks saying “hi” on the street and much more. Spend an evening or an afternoon exploring Main Street and Blannerhassett Island. A quick walk or drive over the river takes you to Blannahassett Island, where you’ll find picnic areas, fishing, and the recently restored Marshall High Studios. Marshall has become a center for artists. Browse the galleries on the island and downtown, go to classes, exhibits, a Sunday afternoon farmers market, shows and concerts, often centered around mountain culture. 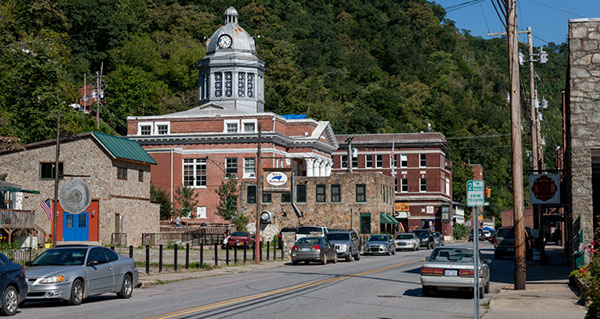 Marshall was formed in 1851, named after U.S. Chief Justice John Marshall, and is the county seat of Madison County. Marshall was an important stop on the Buncombe Turnpike, or formerly named, “Old Drovers’ Road”. They used the Turnpike to commute from South Carolina to Tennessee up and down the road to markets in the region. Each year thousands of drovers with livestock; hogs, sheep, horses, mules and turkeys passed through Marshall along the river. In Downtown Marshall their stands the old courthouse over 100 years old and constructed in 1907 by Richard Sharp Smith (head architect of the Biltmore House) as its designer. The Colonel Allen House setting shaped the town , drawing businesses and people to work in those businesses, creating a thriving economy in the 1900s for the Town of Marshall. The railroad tracks parallel the river between it and Main Street reminding residents and visitors of the town’s economic prime. Today, the town celebrates that history by converting many of the buildings from that time into current use while maintaining architectural integrity of its former appearance. 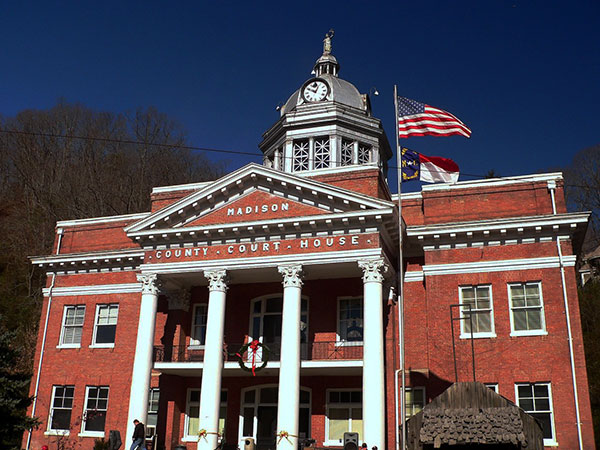 Listen to true mountain music  and join us for traditional, country, bluegrass, and mountain music, dancing, a cakewalk, and much fun at the Depot every Friday at 7 p.m. Entry is free, but donations are accepted. Small refreshments can be purchased on location.

On Blannerhassett Island from 12 – 4 p.m. Bring your family and enjoy a relaxing Sunday afternoon beside the French Broad River and choose great food from locally grown farmers at the market.

The home for the Madison County Arts Council also serves as gallery space for changing exhibits. The themes range from media to topic and always highlight the talent of our many local artists. Gallery hours coincide with the hours of the Arts Council office which are 10am to 5pm Monday through Friday.

The French Broad River flows northeasterly through the Appalachian Mountains. The river follows a general northeasterly direction as it flows through Transylvania, Henderson, and Buncombe counties. In Buncombe County, the river flows through the city of Asheville, where it receives the water of the Swannanoa River. Downstream and North of Asheville, the river proceeds through Madison County, where it flows through its county seat of Marshall. After passing through the mountain resort of Hot Springs in the Bald Mountains, the river enters Cocke County, Tennessee. In Cocke County, the river passes through the community of Del Rio, and receives the waters of both the Pigeon River and the Nolichucky River northwest of Newport. The river eventually joins the Holston River to form the Tennessee River at a place known as “Forks of the River” at the eastern edge of Knoxville. 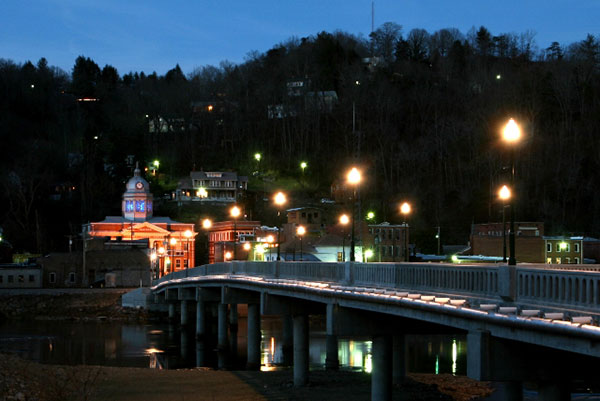