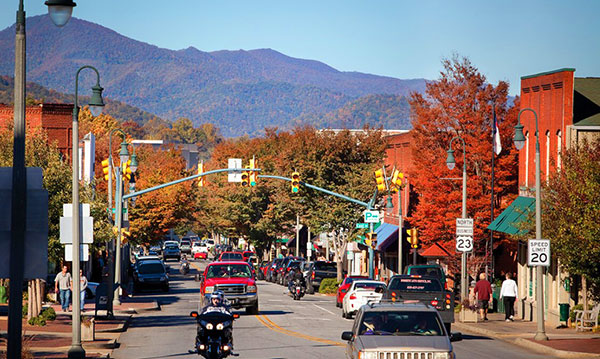 Waynesville is a lively and friendly small town nestled in the Great Smoky Mountains National Park with magnificent mountain views of the Blue Ridge Parkway and surrounded by the Pisgah National Forest, Harmen Den Wildlife Refuge, and Nantahala National Forest. The beauty of mountain vistas is punctuated by 14 peaks more than 6,000 feet in elevation, such as Cold Mountain, which inspired the national bestseller and movie. Waynesville, a quaint mountain retreat, is home to Haywood Arts Regional Theater, an award winning theater; The Museum of North Carolina Handicrafts at the historic Shelton House; historic bed and breakfasts, a general store, book store, toy store, art & sculptures, mountain trout, mountain golf, clean air, clean water, cool summers, dramatic autumns, mild winters, lush springtime, as well as Southern hospitality. Waynesville is the largest town in Western North Carolina west of Asheville. All year long, you will discover many reasons to keep coming back ; why we are easy to find, but hard to leave. 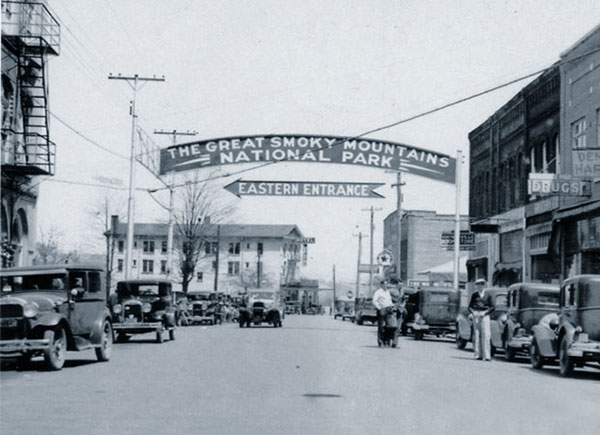 The county of Haywood was established in March of 1809. In the bill to create the county, Thomas Love named seven men who would choose a place near the center of the county to erect public buildings. In reality, however, the decision was made by one man – Robert Love, who made the group an offer it wouldn’t refuse. Love offered 17 acres of property in trust to what would be the county and its first officials. That property would become the county seat. It is the hill along which Waynesville’s Main Street runs today. Robert Love is also credited with naming the county seat “Waynesville” after Revolutionary War general “Mad Anthony” Wayne.The Town of Waynesville was incorporated in 1871. Waynesville began to see development after arrival of the railroad in 1884. The agricultural, lumber and tourism industries in Waynesville and Haywood County began to thrive as access to the west was opened up. 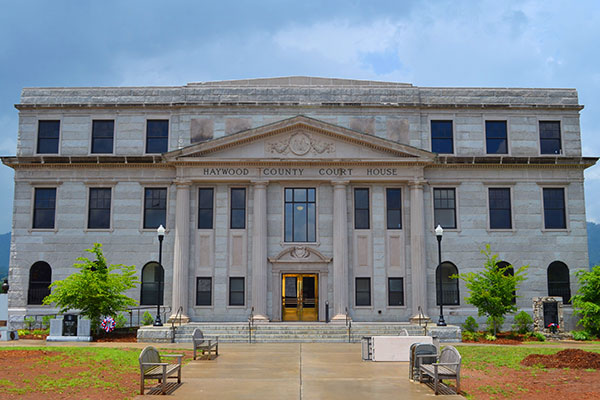 Folkmoot USA The State International Festival of North Carolina, is a two-week celebration of the world’s cultural heritage through folk music and dance. Each summer in the mountains of Western North Carolina, Folkmoot features performances, a parade and workshops by up to 350 performers from ten to twelve countries. The live performances demonstrate cultural heritage through, authentic and original reproduction costumes, dance and traditional music. Over 200 folk groups from more than 100 countries have shared their heritage and culture at the Folkmoot Festival. The Folkmoot Festival features public performances at venues throughout Western North Carolina in the towns of Waynesville, Lake Junaluska, Maggie Valley, Canton, Clyde, Bryson City, Cullowhee, Asheville, Burnsville, Marion, Mars Hill, Flat Rock, Stecoah, and Franklin. Other events held during the Festival include: Parade of Nations and Folkmoot 5K Run/Walk and Kid’s Fun Run.

Cataloochee Ski Area is known as the first resort to open and last to close during the winter ski season, For over 50 years, skiers and riders have enjoyed not only 16 exciting slopes and trails but a friendly and helpful atmosphere that makes the Cataloochee experience truly unique. This combination of exciting and challenging terrain, breathtaking vistas and soaring freedom are rarely found on the East Coast. Located high in the mountains of Western North Carolina, we are the home of “Great Skiing in the Great Smokies!” One of the first areas in the region to open each season, we are committed to making your skiing and snowboarding experience the best it can be. We utilize one the most advanced snow making systems in the Southeast and offer 100% snow making on 16 lighted slopes including the Cat Cage Terrain Park. With a variety of terrain for beginners to experts alike and over 4,000 sets of snow sports equipment, the Cataloochee experience offers something for everyone.

Located in the heart of the Blue Ridge Mountains, only 30 minutes west of Asheville, the Waynesville Inn Golf Resort & Spa will transform into a winter wonderland. From the Ice Carving Competition to the Iron Chef Demonstrations, from Artisan Demonstrations to Segway tours, complete with a fashion show there is something for everyone at the Fire & Ice, a mountain winterfest. Escape to a winter wonderland during this festive weekend event. A great time of year to breathe in the crisp mountain air, savor the stunning mountainscapes, and celebrate the fun that winter in Western North Carolina can provide. Whether you would like a relaxing Mountain Retreat, a Girlfriend Getaway or a three day weekend with the family we have fun winter activities and events for everyone. Enjoy an Ice Sculpting Competition, local micro-brewed beer tastings, musical entertainment, and the unique tastes of what Western North Carolina has to offer.

Melange of the Mountains

The Melange in the Mountains is a Culinary Gala, at the end of March, at The Gateway Club in Waynesville North Carolina. Experience the culinary talent of some of Western North Carolina’s most regarded restaurants and vendors as area chefs compete in categories ranging from salad to seafood to dessert. Attendees are invited to sample delicious items directly from the menus of area restaurants and to feast your eyes on expertly plated specialties entered in the competition. Coffee, beer and wine will also be available for sampling. The coveted Award for Culinary Excellence. This award will be given to the restaurant with the highest scoring dish during the competition – a restaurant that truly exemplifies excellence in their field.

The Blue Ridge Parkway combines curvy roads and the perfect mountain backdrop for the cycling or the motorbike enthusiasts. Every August the Haywood County Chamber of Commerce hosts an annual cycling event know as the Blue Ridge Breakaway. The Breakaway is an adrenaline pumping ride through county lanes, scenic byways and the heart of the Blue Ridge Mountains of North Carolina and features a variety of routes specifically designed for riders of all skill levels. Beginners and avid cyclists alike will find challenging rides to meet their individual needs.

The Apple Harvest Festival is a one day celebration in the mountain town of Waynesville featuring 130 exhibitors and over 35,000 people gathering for the fall apple harvest. At the festival there is a variety of handmade crafts, local food and continuous live entertainment. will delight even the most seasoned visitor during this annual celebration. There is also a children’s play area will feature the latest and greatest activities, games, and more. Saturday October 13, 2011-10am to 5pm Downtown Waynesville.

The mission of Lake Junaluska is to be a place of Christian hospitality where lives are transformed through renewal of soul, mind and body. Lake Junaluska has always been known as a place of spiritual enrichment, leader development and transformation. We continue that mission with a renewed commitment to meet the needs of The United Methodist Church, offering new opportunities for worship, study, leadership development and events that encourage all to a commitment to Christ and enable growth as disciples.

Golfing in the Mountains

Waynesville and the surrounding area is a breathtaking locale for a scenic golf retreats. Each of the county’s six golf courses is complemented by stunning views of the surrounding mountains. The Waynesville Inn Golf Resort & Spa features 27 holes of Donald Ross Mountain Golf, complete with lodging options and two restaurants on property that will surprise your palate. The course at the Maggie Valley Club and Resort offers a unique challenge for beginners and the most seasoned players. This established, 6500 yard course allows players to warm up on the front Valley Nine before tackling the significantly more challenging Mountain nine.

Haywood Arts Regional Theatre was founded in 1985 and is a volunteer based theatre. There are three different performance areas in the building the The Rodwell Gallery, the James Auditorium and the Feichter Studio.  HART’s main stage performances are in the James Auditorium, a 255-seat traditional proscenium space that operates April through November. In the winter, productions shift to the 75-seat Feichter Studio Theatre for a second season of more experimental work. Haywood Arts Regional Theatre has become one of the most active theater companies in the region, attracting guest artists from New York, and actors from all over Western North Carolina. Located in the Performing Arts Center, HART produces seven Main Stage plays and up to six Studio Theater shows each year.