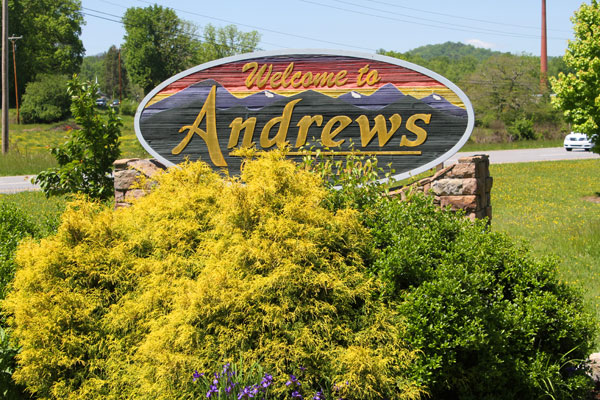 Andrews North Carolina
“Greater Than You Can Imagine” 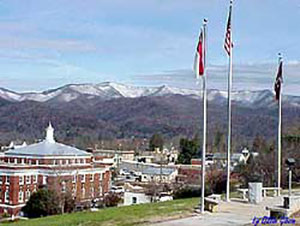 Located within the heart of North Carolina’s Great Smoky Mountains is Andrews North Carolina a beautiful, peaceful small town . Nature lovers can enjoy many outdoor activities in the area’s unspoiled streams, rivers, mountains, and ridges. There are also many thriving small businesses in town, including restaurants, retail shops, bed and breakfast inns, and artists’ galleries and gift shops. Andrews is located in the western corner of the state of North Carolina. Away from the hustle and bustle of the big city, Andrews offers a peaceful place to relax while enjoying some of the most spectacular scenery year round. People say that Andrews is only two hours from anywhere. Andrews is located in a serene valley in the foothills of the Great Smoky Mountains. It is approximately 90 miles southwest of Asheville, 85 miles south of Knoxville and 75 miles east of Chattanooga. There is virtually no nightlife in Andrews.

At the heart of the township is the Valley River. Once known by the Cherokee name Gunahita, meaning long, the Valley River begins near the Topton community in the far eastern corner of the county, and meanders southeasterly until it meets the Hiwassee River below Murphy.

The area is rich in Native American history. An 1805 map shows the area as the Cherokee settlement Toonatla. It was later listed on a map of the Cherokee Nation as Gunahita. By the time of the removal of the Cherokee Indians in 1838, it was known as Konehetee, or valley. One of the most infamous periods in history, the removal of the Cherokee and the Trail of Tears, also impacted the valley. Fort Delaney, one of five forts in the area, was located about 16 miles from the mouth of the Valley River. The road across Tatham Gap was built by the US Army to transport Cherokee from Fort Montgomery, which was located in what is now Robbinsville, to Fort Delaney and beyond. It is said that the first store in the valley was opened in a former home of Chief Junaluska, who was residing in Valley Town at the time of the removal.

The present town was established like many other southern towns, through a land auction. The Richmond and Danville Railroad had stopped construction of the lines just east of here. In the late 1880s, Col. A.B. Andrews, who was a second vice president for Richmond and Danville, was sent to the area to establish a commissary for workers in the Nantahala construction camps. Andrews bought 50 acres of land for the sum of $1,200. By the spring of 1890, Andrews was instructed to sell off the 50-acre tract at a land sale, which was held in September. The land was plotted out and about three-quarters of the lots were sold at the initial sale. Some lots were donated for a schoolhouse and churches. The remaining lots were sold through private sales. The town was officially incorporated on February 21, 1905 with David Samuel Russell appointed as the first mayor of the new town. 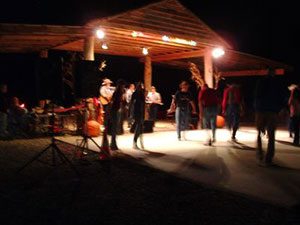 A day festival the first weekend in June dedicated to Bluegrass and Country Music. The festival offers BBQ – Hot Dogs, Tea, Lemonade, Water & Soft drinks and Popcorn & candy.  Indoor and outdoor stages – jam sessions, Watermelon Crawl, Raffles & Games! Come to dance! Come enjoy the great bluegrass music. Bring your instrument and jam. Bring a chair and stay all day. Friday night the festival runs from 5 to 9pm and on Saturday join the fun from Noon until 10pm. $10 armband is good for both days!? Kids under 12 FREE. Located at Jimmy’s Pick n Grin in Andrews< on Highway 19/129 in Andrews, North Carolina.

Heritage Park Disc Golf Course in the Andrews North Carolina valley is nestled between the Valley River Mountains to the South, and the Snowbird Mountains to the North. The Valley River runs along several of the holes creating a challenging and beautiful course. The 18-hole disc golf course is open to the public and is free to all. Just bring your discs, or purchase some at the Curiosity Book Shop located inside the Daily Grind and Wine Coffee Shop. The first hole starts just behind the skateboard park in the Andrews Rec Park located on Main Street. Shoot from the red tees if you are a beginner, or choose the more difficult white tees if you dare. 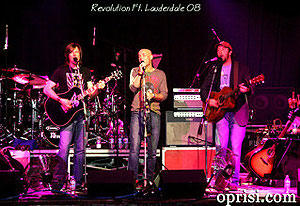 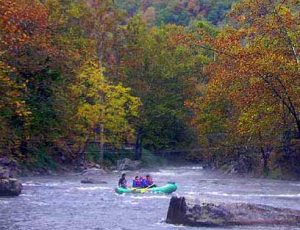 The word “Nantahala” comes from the Cherokee language and means “Land of the Noonday Sun.” The river runs through a narrow and steep gorge where in some areas the sun only reaches the ground when it is directly overhead during the middle of the day. The Nantahala River is a very popular trout fishing destination. North Carolina Game and Fish has named the Nantahala River one of North Carolina’s ten best trout streams. This river is popular with whitewater rafters, canoeists, and kayakers. Commercial rafting began in 1972 when the Nantahala Outdoor Center opened, leading to thousands of paddlers annually running the river. The Nantahala River was recently announced as the site of the 2013 Freestyle World Championships. 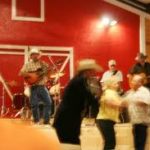 If Live music is your thing, then head down to Jimmy’s Pick and Grin Music Hall. A casual place for local musicians to come and play; with 4000 sq. ft it offers a good stompin and skootin’ dance floor. ?Bring the family for a fun night of sitting back and enjoying the music or get up and get moving with some good-timing buck dancing, clogging, two steppin, line dancing, or just hear the taps-a-clankin’!!!? Every Saturday Night open from 7:00pm – 11:00pm (unless posted)? $7 cover, kids under 12 are FREE?.

In the shadows of the Great Smoky Mountains, there’s an old stone building with bars on the windows that overlooks our small vineyard. Legend has it that the local lawman locked up the hooligans here to cool down until they went before the magistrate. Now we use the Calaboose to incarcerate our wines. We are the smallest free-standing, complete winery in America located just up the river from the Smoky Mountain Expressway in far Western North Carolina.? Come spend time with us on Thursdays, Fridays, and Saturdays from Noon until 5:00pm. 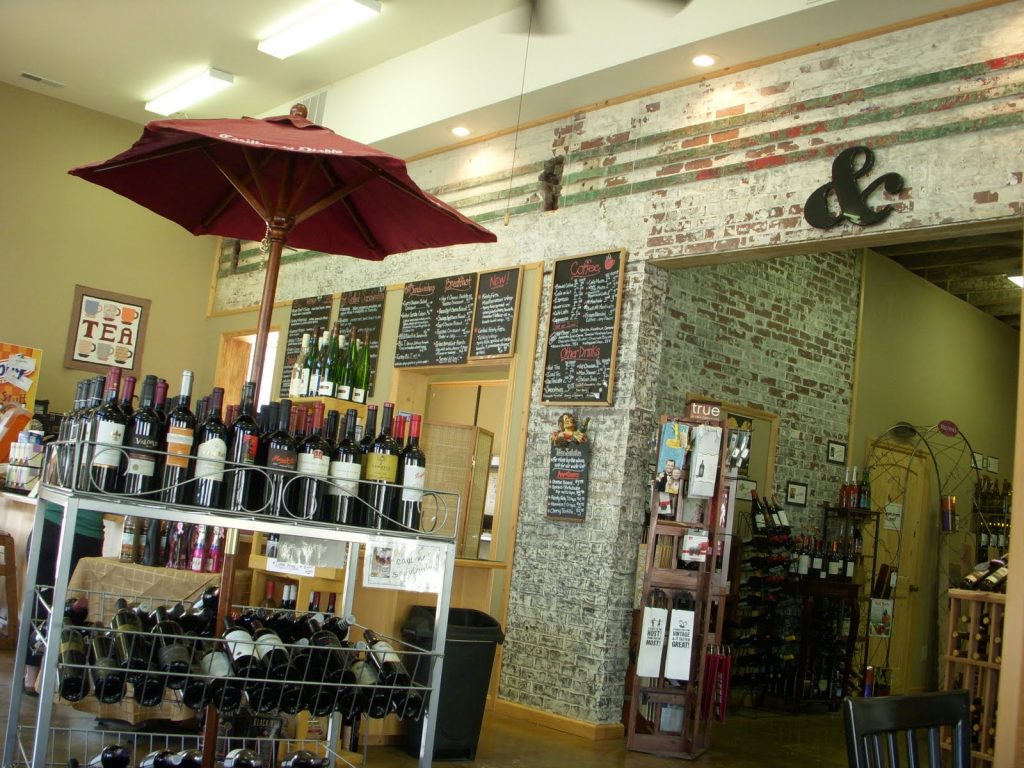