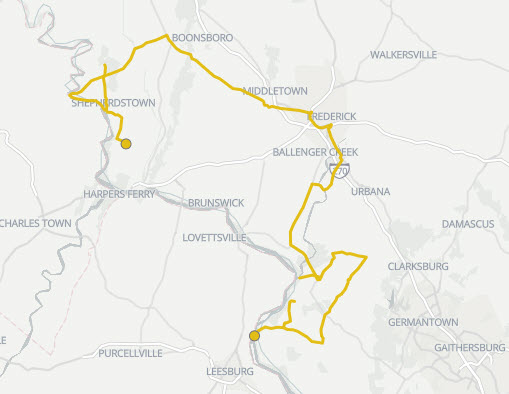 The “Bloodiest Single-day of Battle” of the Civil War took place at Antietam, near Sharpsburg. Park living history programs at Antietam National Battlefield provide a glimpse into the lives of Civil War soldiers. Learn about Civil War medicine at the Pry House Museum. Annual events include an Independence Day concert and December’s Antietam Memorial Illumination, with 23,110 lights placed along a five-mile driving route.

As the autumn of 1862 approached, President Abraham Lincoln felt he needed a decisive Union victory to ensure that there would be support for a yet-to-be-announced proclamation freeing the slaves. It’s still debatable just how decisive the slaughter at Antietam – remembered as “The Bloodiest Single Day of the Civil War” – truly was. By sheer numbers, the Sept. 17 battle ended in a draw, with 10,7000 Confederates and 12,4000 Union soldiers killed, wounded or missing in action. However, General George McClellan’s Union army thwarted the Rebel advance north, and a few days after the cannons fell silent, Lincoln visited the battlefield.

This byway roughly follows the chronology of events beginning Sept. 4, as General Robert E. Lee and his Army of Northern Virginia crossed the Potomac River into Maryland, and ending two weeks later as Lee’s forces limped back into West Virginia. The byway brings you face to face with both familiar and lesser-known Civil War stories, while also placing you among breathtaking scenery and convenient recreational opportunities.